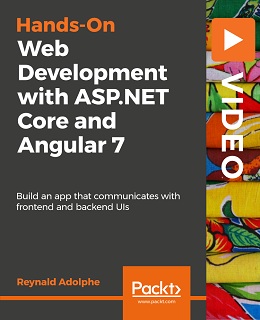 Have you ever wondered why so many applications do not become successful or popular? Are you looking to create a user-friendly cross-platform app with a powerful UI? This course will teach you to blend the power of Angular UI and .NET Core to create interactive, real-world applications that can easily communicate between the frontend and backend.

You will create strong Angular UI (and flawless cross-platform ASP.NET Core) shopping applications and web services for querying data. Then you will move on to structure Angular routing, build a pipeline, and complete a nice Angular UI with a shopping cart.

By the end of the course you will be an established and confident full-stack developer who can easily build projects/models using Angular and ASP.NET.